NBC has been slammed by viewers and media pundits for its coverage of the London Olympics, but Madison Avenue wouldn’t change a thing. Especially not the tape delay. 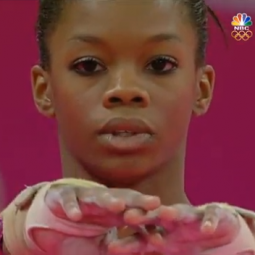 The first five nights of the games averaged 35.6 million viewers, the most for any Summer Olympics outside the U.S. since Montreal in 1976. That’s significantly better than even NBC parent Comcasthad expected: The company had projected early ratings would actually fall 20% from the same period in the Beijing Games four years ago, said NBC Universal CEO Steve Burke last week. As a result, NBC is on track to surpass its guarantee to advertisers by close to 20%, according to the network and media buyers.

The peacock network has reaped more than $1 billion in ad sales for the summer games, according to NBC Universal, topping the $850 million in ads it sold for Beijing. President Barack Obama’s reelection campaign alone secured about $6.5 million of Olympic ad time.

All of which goes a long way to explain why media buyers and advertisers are dismissing the complaints — not to mention the often-trending Twitter hashtag “NBCfail.” Viewers have been ranting on social media about NBC’s tape-delayed prime-time coverage, its failure to edit out the bare breast of an Olympic swimmer, a “Today” promotion revealing a swimming winner minutes before NBC showed the race and streaming-technology glitches. Marketers aren’t having it.

“We have been thrilled with the results so far — the ratings have been incredible, and we’ve seen positive social engagement among our consumers,” said Doug VandeVelde, senior VP of Kellogg-owned Morning Foods.

For advertisers, the tape delay is actually essential. “It all has to funnel into prime time,” said Rob Bochicchio, exec VP-chief media investment officer at ID Media, an IPG media agency. “No matter what people say, they aren’t going to stop working to watch the gymnastics final at 1 p.m.” At night, meanwhile, whole families gather around the TV. “Advertisers want to take advantage of the scale and multigenerational viewing,” said Mike Rosen, president of activation at Starcom, a media-buying firm owned by Publicis Groupe. “This is the type of programming they want to be a part of.”

And while Twitter might be spoiling the results for some, social media is driving viewership, said Marc Morse, senior VP-national buying at RJ Palmer.

Advertisers are still waiting to see how much of a drop-off will come in week two, which typically loses momentum as swimming and gymnastics are replaced by track-and-field events and basketball finals. 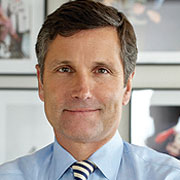 NBC has not sold out of its inventory, saying it has held back ad time to accommodate last-minute advertisers. “We are writing business as we speak and will continue writing business into next week,” said Seth Winter, exec VP-sales and marketing at NBC Sports Group.

Comcast rejiggered the outlook for its Olympic coverage during its second-quarter conference call last week, saying it expects to break even after forecasting as much as a $200 million loss. It helps, of course, that NBC Universal has a huge portfolio of TV networks and digital properties on which to sell ads: NBC, Telemundo, MSNBC, Bravo, NBC Sports Group, NBCOlympics.com and mobile apps. In total, NBCU will air or stream more than 5,000 hours of Olympic programming. The digital piece, too, has been more important than in the past. The company’s digital properties have run more than $60 million worth of advertising, compared with $20 million for the 2008 Summer Olympics.

NBC’s digital platforms served 34 million streams of live events through Thursday — more than the entire Beijing games, when some key events were held back for prime-time TV — and 6.3 million hours of live video in total. Not surprisingly, that amount of streaming has come with some user complaints, most frequently about issues with buffering and the quantity of ads during the streams.

In a phone interview, Rick Cordella, VP-general manager of NBC Sports and Olympics Digital, acknowledged some issues on the first Saturday of the games, but said they had been rectified. He also conceded the difficulty of serving video ads into live streams that don’t contain set commercial breaks. “There are some awkward moments where we insert ads and it doesn’t completely flow in the broadcast, but at the same time you’re not missing any of the key moments of competition,” Mr. Cordella said.

Consumption numbers of digital viewing have surpassed expectations, he added, especially on the tablet and mobile app made for live-streaming.

The Olympics are proving to be a much-needed, if expensive, boost for NBC, which has been stuck in fourth place in ratings for years. NBC is also using the games to promote its slate of fall programming.

Comcast paid $4.4 billion for the rights to broadcast the Olympic Games from 2014 through 2020. The Making of an Appetizing Brand Digital Marketing, Millennials and What Cable Companies Need To Learn